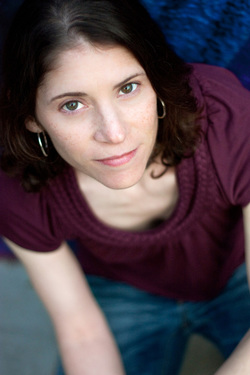 Growing up in the Bay Area, Isenberg began playing violin at age eight. In high school, she discovered the harmony-driven, intelligent pop of Paul Simon, Brian Wilson, and the Indigo Girls. After teaching herself guitar in college, she began performing her own songs, pushing the boundaries of her guitar playing to include alternate tunings.
​
In addition to being a songwriter, Isenberg is an animator. Her short films include an animated video for "Robin," a track from GOLD RUSH TOWN. She has also collaborated with fellow-songwriters in bringing their music to life on screen.
Photo by Megan Krause.